How I’m Persevering through Life's Struggles

We’ve all read the story or watched the video about an ordinary individual overcoming great difficulties in their life to achieve something better for themselves. I have even worked with clients who have gone through the worst trials and tribulations, making their stories of determination and perseverance truly inspiring. It’s reassuring to our sense of self-knowing how so many who are just like us can also struggle.

But, that is not this story.

Instead, I want to be transparent with my own, recent struggles dealing with life’s nefarious obstacles to share how we are truly all on this same journey together. Because no matter where you are, or what you’ve already overcome, there will always be another challenge.

One of my morning rituals includes journaling every morning to start my day in order to set perspective on what I have done and focus on what I want to do next. While journaling one summer morning I reflected upon why I hadn’t felt like the best version of myself for some time. After a quick self-assessment, I realized I had been having a rough time with my physical health for the past two-and-a-half years. Of course, having your physical health diminished is hard for anyone. But, for a personal trainer and someone who workouts almost daily, it can be hell.

The short of it started in November 2015 when I twisted my left knee while hanging Christmas lights around our house. (I wish I could say it was something more worthwhile, like rebounding for a killer layup in an intense game of basketball or setting a new squat PR... But no. I was stepping down from the ladder and turned my body at just the wrong angle as I planted my foot; twisting my knee, unknowingly kicking off what would become months of injury and recovery, because such is life. I cared for my knee in an attempt to let it properly heal, although it was hard for me to stay out of the gym for too long.

Three weeks later, close to Christmas 2015, I was feeling pretty good and decided to perform heavy deadlifts - one of the classic powerlifting moves, and my personal favorite. As I was pulling the last rep during the last set, I felt extreme pain explode in the opposite ankle as if all of the tissue suddenly disintegrated. Of course, I finished that rep out of sheer will, but soon learned I could not put any weight on that foot whatsoever. As both my doctor and physical therapist later told me, I had truly blown it out by overcompensating from my knee injury, causing my right ankle to completely give out. This injury was so damaging it left me unable to perform almost any impact movement (e.g. jumping) or weight-bearing exercise (e.g. squats) for quite some time, negatively impacting my disposition.

Fast forward to June 2016: I was lifting as heavy as possible, but primarily focusing on upper body work while mixing in as much legwork as I could safely tolerate. Next in my rotation came “chest day” and I was sure to hit all of the big presses while feeling good. Later that evening after arriving home I noticed my front, right shoulder (aka my anterior delt) felt a more tender than normal. I considered the fact I might be injured but chalked it up to muscle soreness from my intense workout earlier in the day. Unfortunately, that tenderness in my shoulder persisted the remainder of the year. While it never got to the point where I could no lift, I recognized the pain would never disappear on its own no matter how much time I gave it to heal.

I returned to my doctor in early 2017 to get it checked out. He suggested it might be an inflamed bicep tendon (which inserts around the anterior delt) and prescribed treatment through physical therapy. I followed my doctor’s orders and practiced PT three times every week for one month… without any improvement. I returned to my doctor in mid-March and, fortunately, received a referral to a specialist. An x-ray revealed no structural damage to the shoulder, so we moved on to the MRI. (For those of you who have never been inside an MRI machine, know they are not nearly as big as they appear on TV!) The MRI revealed a small tear in my Glenoid Labrum, a small fibrocartilaginous structure which helps deepen the shoulder socket to hold the shoulder ball in place. I learned the labrum does not have any blood flow to it, making it impossible to heal on its own with just rest or physical therapy. My only option was surgery. 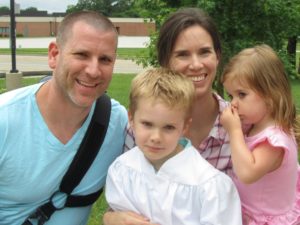 Surgery day was on May 4, 2017. I experienced what so many of us do for a surgical procedure: I was not allowed to eat the night before, asked to arrive an hour early for prep, put under anesthesia, “slept” for an hour during surgery, and waited for another hour during my post-op examination. Before I could leave, I was fitted with a giant shoulder strap and a special ice pack vest, which I wore for four very long weeks. Once I was allowed to begin moving my arm again I attended six weeks of physical therapy, endured two months of intensive, deep tissue, trigger point massage therapy, and then waited another seven months to truly allow myself to heal before easing my body back into working out.

My ankle continued to ache and cause me problems for the majority of this time. Luckily, once I started seeing my massage therapist for my shoulder, he was also able to work on and “fix” my ankle which was nothing short of a miracle. I struggled with both injuries for well over two years.

While the physical injuries were very difficult in and of themselves, I want to share how I was also battling major emotional and mental stress during this same time. My lack of physical activity, along with a deep identity crisis, took its toll on me. I can now admit my depression had spiraled out of control which hurt all of my relationships, and I found myself at an all-time low during winter 2017/2018. I sought counseling and discovered the right combination of medication for my body, both of which helped me to dramatically improve my outlook, thought process and coping mechanisms.

At the time, those days felt like forever. It had truly been one of the worst experiences of my life. Yet, I made it. I survived all the struggles and declared victory. 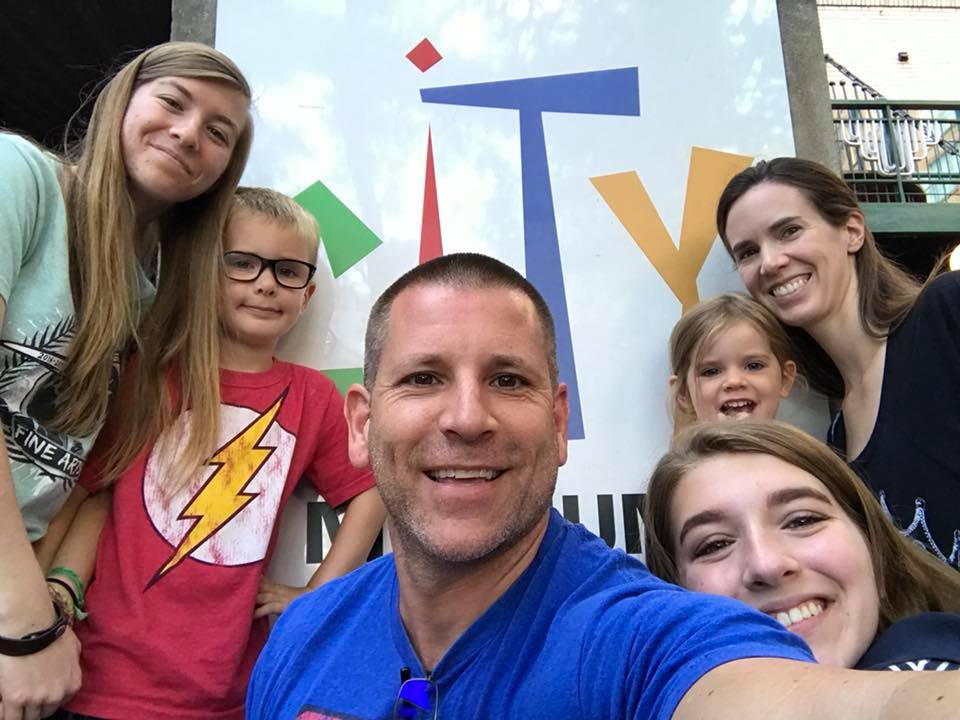 It wasn’t until June 2018 I considered myself healed. My ankle and shoulder had been repaired. My mental attitude was better and I was able to focus on taking care of myself and the many, important people around me. I was even kick-starting my normal workout routine! It was time for me to move forward.

But, life doesn’t always go the way you plan. I hit another physical snag towards the end of June with what I thought was a hernia. Luckily, it turned out to only be a groin strain which - thankfully - wouldn’t require another surgery. With this, I’m making it a priority to listen to my body, take it easy, and have given myself permission to not get overly stressed about not working out. (Trust me, you don’t feel like doing much of anything when you strain your groin!)

And since I was already in recovery mode, I decided to have another, minor medical procedure performed. As of today, I will have been out for over six weeks and personally, I think this really sucks, but I know it’s not the end of the world. I’m taking this extra time to right a few paths which were a little crooked to help make me a better version of myself. I can already see light at the end of this tunnel with just another three weeks of healing to go, and preparation for the next phase of my life.

Life, and all of its challenges happen to each and every one of us in some form or fashion. My struggles are minor compared to many, yet this experience has taught me to empathize so I can help others choose how they navigate their setbacks. You can persevere. Try your best every day, but remember you don’t have to be your best every day. (We’re all allowed crappy days and crappy attitudes on occasion.) Choose to face your challenges head-on while also giving yourself grace to help you become that much stronger once your obstacles have passed.

Ready to build your legacy?

We use cookies on our website to give you the most relevant experience by remembering your preferences and repeat visits. By clicking “Accept All”, you consent to the use of ALL the cookies. However, you may visit "Cookie Settings" to provide a controlled consent.
Cookie SettingsAccept All
Manage consent

This website uses cookies to improve your experience while you navigate through the website. Out of these, the cookies that are categorized as necessary are stored on your browser as they are essential for the working of basic functionalities of the website. We also use third-party cookies that help us analyze and understand how you use this website. These cookies will be stored in your browser only with your consent. You also have the option to opt-out of these cookies. But opting out of some of these cookies may affect your browsing experience.
Necessary Always Enabled
Necessary cookies are absolutely essential for the website to function properly. These cookies ensure basic functionalities and security features of the website, anonymously.
Functional
Functional cookies help to perform certain functionalities like sharing the content of the website on social media platforms, collect feedbacks, and other third-party features.
Performance
Performance cookies are used to understand and analyze the key performance indexes of the website which helps in delivering a better user experience for the visitors.
Analytics
Analytical cookies are used to understand how visitors interact with the website. These cookies help provide information on metrics the number of visitors, bounce rate, traffic source, etc.
Advertisement
Advertisement cookies are used to provide visitors with relevant ads and marketing campaigns. These cookies track visitors across websites and collect information to provide customized ads.
Others
Other uncategorized cookies are those that are being analyzed and have not been classified into a category as yet.
SAVE & ACCEPT