5 Quick-n-Healthy Dinners to Devour This Summer

Even though you’ve used the hashtag #mealprepmonday in the past, meal planning doesn’t always happen every single week. You come home after a long day at work and realize you don’t have dinner planned. It’s too hot to heat up the kitchen, and you don’t want to dedicate the next hour to cooking over the stove anyway. You open the fridge because it’s cool, but also because you’re hoping to scrounge up enough leftovers to feed your family. Then you turn to that dated box of Tuna Helper in the pantry and…

... Toss it back in, because you have five go-to healthy dinners you can dish out in 30-minutes or less!

Included with each meal idea are a few options on how to replace ingredients to match your dietary goals - whether you’re low-carb, keto, low-sodium, or vegetarian!

What can you stuff inside a vegetable and then grill to perfection? Turns out, a lot!

Bell peppers, zucchini, acorn squash, butternut squash, mushrooms, russet and sweet potatoes can each act as an “edible bowl” to contain mixtures of protein and toppings to match various flavor profiles. Think southwest blends, Mediterranean spice, teriyaki or even Italian! The common ingredients between each will be similar, such as lean protein and an additional vegetable, but the variety will come from the fresh herbs and spices you add. Craving Chinese? Add a dash of liquid aminos, ginger, and turmeric. Want Mexican? Spice it up with cumin and cayenne. Mediterranean? Add more cumin but also add extra cinnamon. 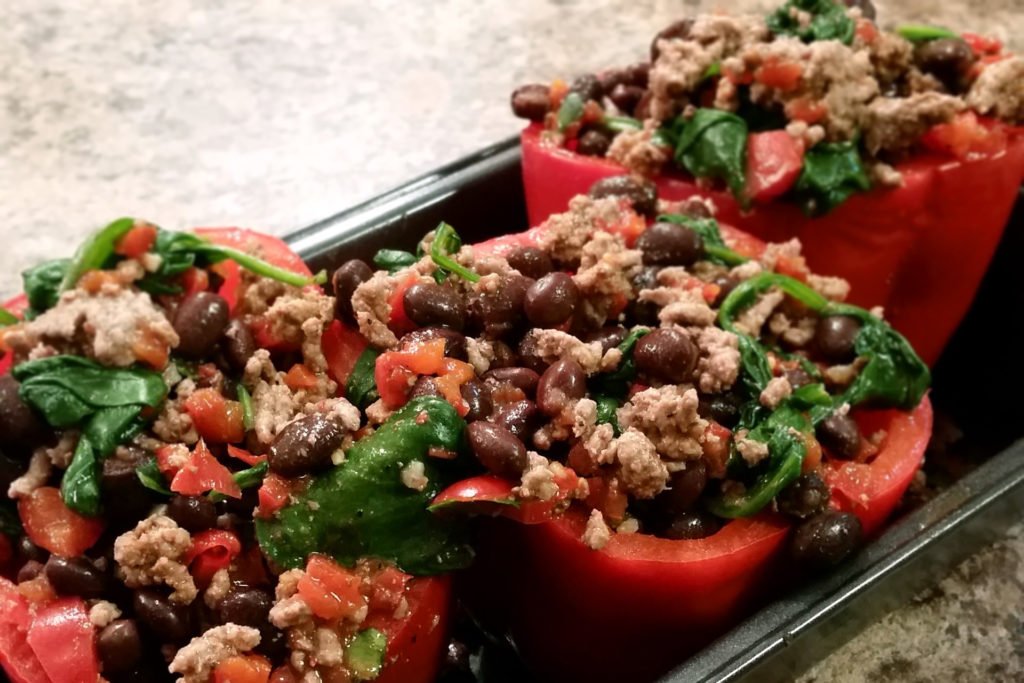 Yes, you read that correctly. Tacos are often considered to be a treat meal rather than a healthy go-to dinner, but it’s all in the ingredients you choose! (Filling six shells with high-fat ground beef and a cup of shredded cheese definitely does not count as the healthy option we’re suggesting here…)

Start with a minimally processed base, such as a simple corn tortilla shell which has not been fried with a bunch of additives. Then choose a lean protein such as 93/7 grass fed ground beef, boneless/skinless chicken breast, or white fish such as cod. Finally: top it with freshness. Local tomatoes, peppers, grilled corn, and cilantro will each add a lot of flavors, while avocado will help tone down the spice. If you really want to add cheese, then try a dash of nutritional yeast! “Nooch” offers a savory, cheddar taste with minimal macros.

Burgers also tend to get a bad rap because of the “stereotypical” burger most of us think of when it comes to summer barbeques. But again, they don’t have to be unhealthy! You can combine the right ingredients to make them both nutritious and delicious!

Again, start with a leaner protein option, such as 93/7 grass fed ground beef, ground chicken breast, or ground turkey as your base. Most of us savor the taste, so don’t forget to add the right spices to pair with your protein, such as paprika, cumin, sea salt, and pepper.

Now for the fries - just make your own! Cut a couple of russet potatoes long and spritz the batch with a teaspoon of avocado or coconut oil (as both cook well at high temperatures). Give them a 10-15 minute head start on the grill before you cook your burgers, depending on how thin you slice them. 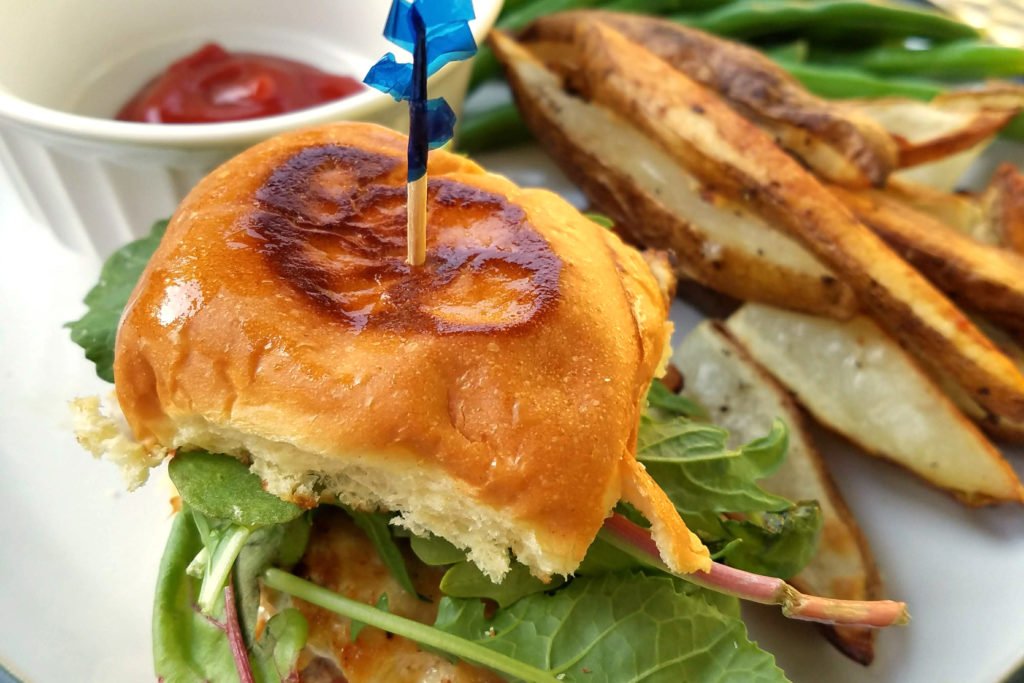 The local farmer’s markets feature a variety of fresh produce, especially on Saturday’s when the majority of local growers set up a booth at The Columbia Farmers Market in Parkade Plaza. The top in-season selection includes: herbs, tomatoes, corn, zucchini and beans.

Grab a recyclable bag and cash, and shop the aisles. Think of which flavor sounds good, then pick out one protein and two veggie options you can toss on the grill. Corn-on-the-cobb and green beans are both quick to grill alongside chicken breasts. Similarly, you can buy tomatoes and basil to make your go-to parmesan (using either chicken breast or eggplant - both of which are available at the market!) 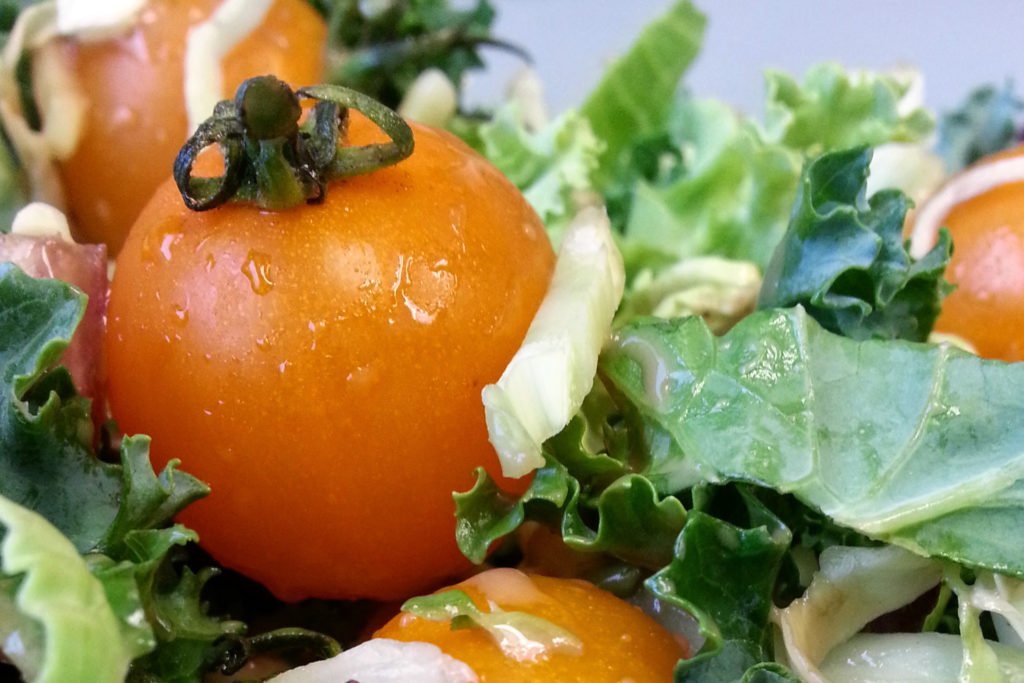 This version of “BYOB” is different than your collegiate definition. Often during hectic evenings when you’re running around shuttling kiddos from one activity to another, it feels easier to simply stop at a fast food joint than it does to “make” something at home. Instead of spending 10-minutes in the drive-through, spend those same 10-minutes running into a nearby grocery store with a salad bar. Each person can build their own bowl to meet their cravings while adding flavor, nutrition, as well as keeping the cost minimal.

Have you considered how you could build a salad bar “bowl,” take the ingredients home and toss them in a pan to heat up? This can provide a simple stir-fry or southwest option if you aren’t craving raw veggies - especially since the produce is pre-chopped and the meat has already been cooked! 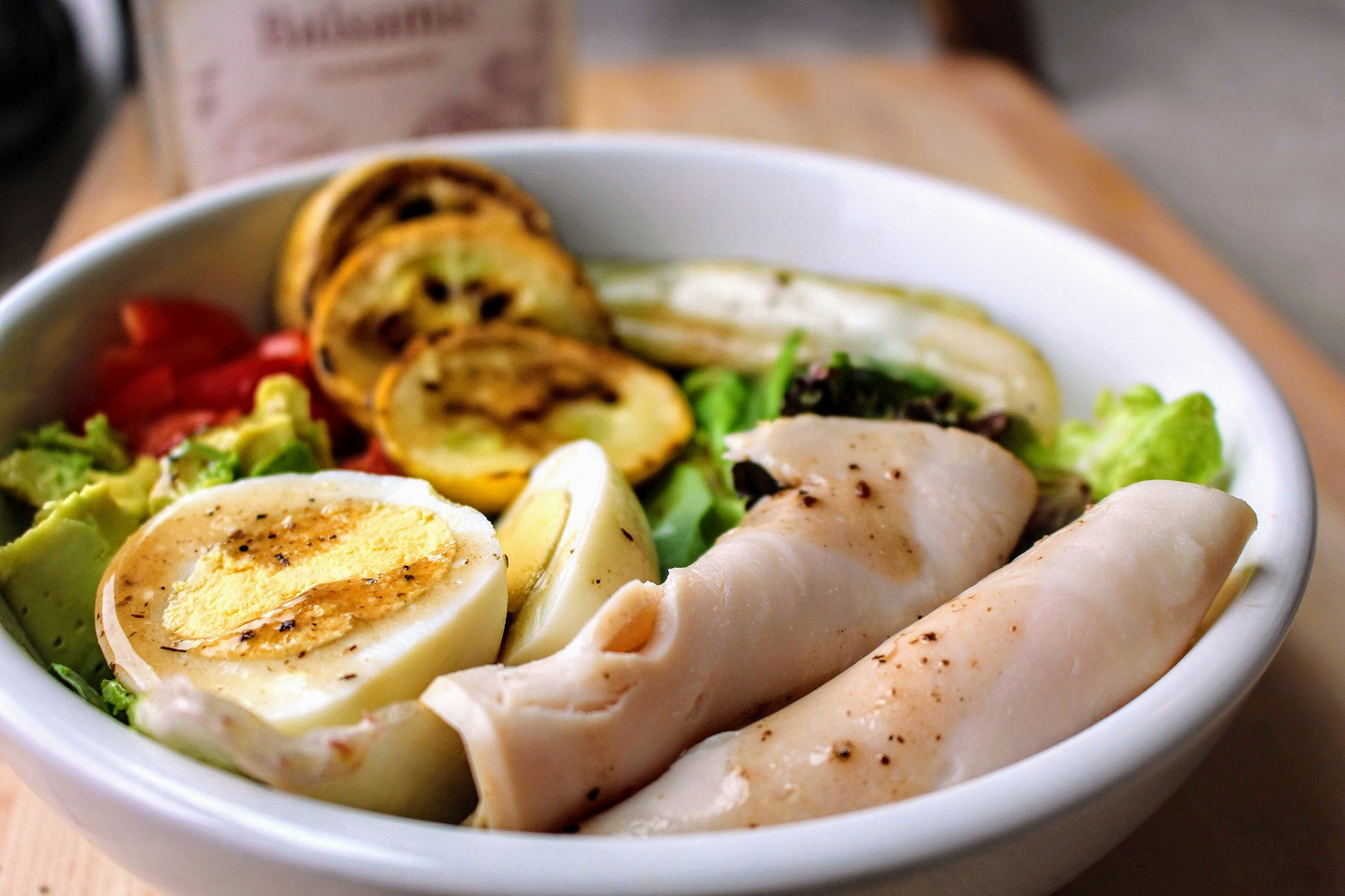 Next time your grill is hot-and-ready, try skewering strawberries, peaches, banana and/or watermelon on a kabob and grilling it for a few minutes! You’ll find the heat caramelizes the natural sugars and brings out a subtle flavor you may not have experienced before.

Which meal are you going to try first?

We want to hear from you! Please share your experience Instagram-style with a photo of the recipes you tried, how fast it was to make, and anything you may have changed to make it match your family’s taste!

Ready to build your legacy?

We use cookies on our website to give you the most relevant experience by remembering your preferences and repeat visits. By clicking “Accept All”, you consent to the use of ALL the cookies. However, you may visit "Cookie Settings" to provide a controlled consent.
Cookie SettingsAccept All
Manage consent

This website uses cookies to improve your experience while you navigate through the website. Out of these, the cookies that are categorized as necessary are stored on your browser as they are essential for the working of basic functionalities of the website. We also use third-party cookies that help us analyze and understand how you use this website. These cookies will be stored in your browser only with your consent. You also have the option to opt-out of these cookies. But opting out of some of these cookies may affect your browsing experience.
Necessary Always Enabled
Necessary cookies are absolutely essential for the website to function properly. These cookies ensure basic functionalities and security features of the website, anonymously.
Functional
Functional cookies help to perform certain functionalities like sharing the content of the website on social media platforms, collect feedbacks, and other third-party features.
Performance
Performance cookies are used to understand and analyze the key performance indexes of the website which helps in delivering a better user experience for the visitors.
Analytics
Analytical cookies are used to understand how visitors interact with the website. These cookies help provide information on metrics the number of visitors, bounce rate, traffic source, etc.
Advertisement
Advertisement cookies are used to provide visitors with relevant ads and marketing campaigns. These cookies track visitors across websites and collect information to provide customized ads.
Others
Other uncategorized cookies are those that are being analyzed and have not been classified into a category as yet.
SAVE & ACCEPT